HENECO's range of experience with production facilities includes minimal facilities to large production and treating systems.  Services are provided to assist Clients from the initial inception of their project.  Regardless of the type of Oil & Gas project or the scope of services required, HENECO has the experience and capabilities to provide the customer with a safe, simplistic, cost effect design that will minimize your capital and operating expenditures while maximizing your facilities’ life cycle. 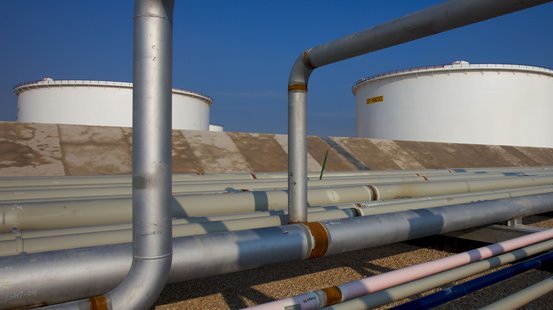 The Pearl GTL project is the largest gas to liquids conversion plant in the world and was commissioned to full capacity in 2012.

The project is a Production Sharing Agreement (PSA) between Qatar Petroleum and Shell with the primary products produced being naphtha and transport fuels with paraffins and lubricant oils as smaller by-products of the process. The transport fuel can be used in existing light and heavy diesel engines and has been shown to have a number of benefits such as lower emissions and engine performance enhancement.

HENECO was contracted to provide Fracture Assessment of some Shell Pearl GTL Piping Systems. The brittle fracture assessment is intended to assist Shell in making the decision to perform post weld heat treatment (PWHT) on the piping systems.

Scope also cover Non-destructive testing (NDT) inspection and analysis of the inspection scans with a focus on characterizing the potential anisotropy of the damage and identify
material for testing; Tensile testing in hydrogen to address the potential effects of hydrogen on the mechanical properties of HIC damaged material.

We are committed to constant innovation and continuous development. We take strong interests in the applications of new innovations and technology that will guarantee  process efficiency